Bride Song Ministries and Streams of Worship Ministries unite for two exquisite nights of worship featuring Raelynn Parkin and Shawnee Boykin and their special worship guests. Come join us for a night of refreshing and lingering in the Presence of God! And bring a worship friend with you! Worship...on earth as it is in Heaven! See you in the Throne Room!

Come join us for a refreshing night of worship and expect an en punter with King Jesus! Raelynn Parkin leads worship with Shara DeLeon on vocals, Zachary Parkin on vocals and upright bass, and Michael Parkin on viola as well as special guest musicians. Intimate Throne Room worship lingering in the Presence of the Lord! 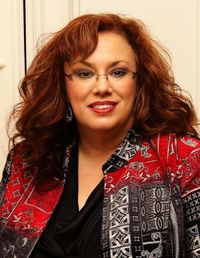 Raelynn began playing and singing at the age of 4, where her mother taught her the basics of the piano.  She then endeavored to teach herself piano, writing and prophesying on the piano at age 10.  She has written 100s of songs, many undocumented, but developed her love for composition early on, as well as performing her compositions for her family and at her church.  Raelynn was in her school choirs and band during junior high and high school.  She went to Sam Houston State University where she majored as a theory and composition major, but unfortunately did not finish her education.  She went into live performance and began to learn the ropes of live performance and function within the band setting, continuing to write music, singing harmonies as well as lead, and learning to play keyboards.

Raelynn Parkin and her husband Paul founded their ministry, Bride Song Ministries in 2007.  She was ordained in 2003 as a worship leader and minister of the gospel.  Her ministry centers around the Bride Song to the King, and leading the Body of Christ into the Holy of Holies where she ministers from.  In 2007, she authored her first book, “Lessons from One Worship Leader to Another.”  Bride Song Ministries co-hosted their first conference in April 2007 featuring the teachings of her book.  In February 2008, she completed her first teaching conference called “Unlocking Worship,” in which she taught the lessons of her book in 8 installments.  The message of her book is to properly prepare the worshipping priesthood in how to carry the Glory and how to enter into the Holy of Holies through worship.  This priesthood will establish an atmosphere of Glory in the church, which is the setting for signs, wonders, and miracles coming into the mainstream church of America today.  Through her teaching series, she has prophesied the Latter House of Glory that is coming into the Church.  Her vision is to fully equip and to ignite the worshippers through teaching and impartation to fulfill their calling of ushering the Glory back into the Church through worship.

Raelynn later served at River of Praise, where she played grand piano with their worship team, and Paul headed up their AV department. Raelynn was also part of the teaching faculty of Crescendo Preparatory School of Music and Arts, founded by Worship Pastor, Russell Thompson II, a school led by worship leaders, teaching and imparting to their students the heart of worship, where she taught piano by ear classes in beginner and intermediate levels.  Her passion as well as the school’s passion is to raise up the next generation of worshippers in the region of Houston that will impact every church and ministry in this area.

Raelynn completed her first studio worship CD called, “Out of the Secret Place” in June 2010 and finished her second Studio CD project, “Bride Songs A Lady and Her King” in October 2010. They hosted the Bride Songs Celebration Service on January 29, 2011 at River of Praise Church in Tomball, Texas. They featured the studio musicians  in a live spontaneous prophetic worship service bringing the Bride Songs to life! They later released this live recording in June 2011 called "The Lord's Bridal Company, Vol. 2. They also invited the Lord's Bridal Company worship team on several events in the "Arise My Church Arise" Houston Summer worship tour, later releasing this live recording of the same name.

Raelynn has finished publishing her most recent books, the first called Unlocking Worship Entering His Presence on September of 2014, which is an updated rewritten version of her first book "Lessons From One Worship Leader to Another," with greater revelation and relevant understanding. Raelynn then in December 2014, published "The Heavenly Worship Room," which is a now revelation for the American Church as well as a sign to the Jewish nation. In March 2015, she published "Conversations Bride Songs and Psalms to the King" which represents over 20 years of direct intimate conversations with the Lord.

Raelynn is currently leading worship at Lora Allison's Second Monday and most recently led several harp and bowl worship sessions in Lora's Firestorm conference in March called Fire and Rain 2015, the Reinhard Bonnke Crusade The Burn 86 Hour worship event and Releasing the Kingdom 48 Hour Worship Burn Event. She continues to lead worship and speak at events around the Houston area as well as book signing events. She and her husband Paul currently host “The Lord’s Bridal Company” which is an intimate soaking service that draws the Body into the Holy of Holies and personal encounters with the Lord through worship in their monthly home meetings.